Welcome to my stop on the RRBC Back-to-School Book and Blog Party on My Train of Thought in Parkersburg, West Virginia!

Here's what I'm giving away today to one person who leaves me a comment:


Hi! My name is Joe Stephens, and I'm the author of the Shalan Adventures, starring the dynamic pair of detectives, Harry and Dee Shalan, who are not only an amazing  couple of detectives but also an amazing couple. They are crazy about each other, even when life just doesn't seem to want them to be happy. So if you enjoy your detective thrillers with a solid dose of romance, then the Shalan Adventures are for you! Here's a little more about each book:

​
Harry Shalan, a quick-witted if somewhat distractible private eye, makes the wrong mobster mad, putting his wife Deanna in the hands of kidnappers. Harry strikes a bargain and secures her release; however when she is finally back in Harry’s arms, Dee insists that she will no longer play the doting wife cheering him on the sidelines—he now has a partner.

HARSH PREY is a detective novel, but one that brings a different sensibility to the genre. Inspired by such great characters as Philip Marlowe, Spenser, and Sam Spade, Harry and Dee Shalan are, for lack of an existing term, soft-boiled detectives. Filled with humorous dialogue, unusual characters, and Harry’s deep, sometimes comically twisted observations, it explores the saving nature of love and the darkness that can come about when that love turns into obsession.

​
In the second Shalan adventure, Harry and Dee are trying to come to the aid of a young woman named ALYSSA HILLMAN, who may or may not have just killed her abusive husband in self-defense. The problem is that no one can find the body.

It quickly becomes apparent that Alyssa's husband, WILLY HILLMAN, is alive and leaving a trail of death and destruction in his wake as he spirals out of control.

Will Dee and Harry catch up to the psychopathic murderer before he kills again? 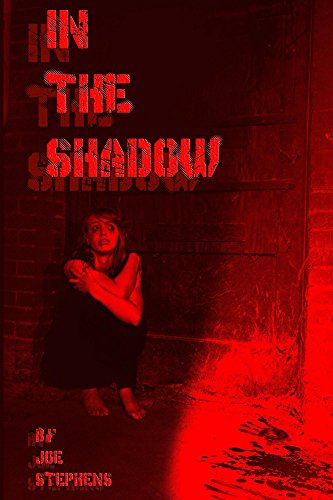 Local high school student Jenn Bezaleel is missing and the police are at a loss. It’s like she vanished without a trace and no one knows anything. So they call in Harry Shalan, who, at the urging of his extremely pregnant wife, Dee, takes the case.
But when Harry starts looking into Jenn’s disappearance, he uncovers some dark family secrets, leading him to conclude that, assuming he can find her, the last place this girl needs to be is back with her mother and stepfather.
Just as Harry begins to make progress on the case, however, tragedy strikes that threatens to tear Harry and Dee apart forever. Will they find Jenn Bezaleel? If so, where will she go? Can Harry and Dee survive their heartbreaking loss? The answers are…In The Shadow. 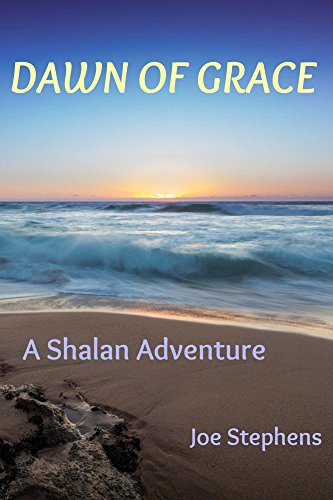 Why is private eye Harry Shalan standing on the Fifth Street Bridge contemplating how much he would mind if he fell in the river and didn't come back up? You see, Harry lives by a strict code of honor and is struggling not to hate himself because he broke his code--badly. He lost control and brutally attacked his foster daughter Jenn's biological father, Antonio Bezaleel. Bezaleel is more monster than human and everyone agrees that he deserves a punishment much worse than the one Harry dealt out to him. Nonetheless, Harry's act has sent him into a spiral of despair that has cut him off from the very people he needs the most. His wife and detective partner Dee, his foster daughter Jenn, and his best friend Otis are fighting to bring their hero back from the brink.In the midst of this dark episode, Harry and Dee answer a cry for help from an old friend who is accused of savagely murdering and mutilating her ex-husband. She swears that she didn't kill him, but things don't look good. She was, after all, found by the police kneeling over the man covered in his blood and gripping the knife that had been used to kill and dismember him. Their investigation brings them in contact with a precocious six-year-old who swears the murder was committed by a ninja, and he just may be the key to the case. They also encounter an old classmate of Harry's who is a little more appreciative of Dee's anatomy than anyone's comfortable with, a guy who likes to snort coke and cut women's hair, and even a hooker with a heart of gold. They also meet a quiet young woman named Anita Rathbone who seems quite sweet on Otis, a man married to his job since the only woman he's ever wanted is married to his best friend. Does Otis finally find a woman to love? Does Harry learn to forgive himself and accept the forgiveness of those who care for him? Do the Shalans solve the crime and save their friend from a life behind bars? The answers are revealed inDAWN OF GRACE: A SHALAN ADVENTURE

Sound interesting? Just go here to find out how to read previews of each and to buy them in paperback or for Kindle! Or you can also visit my website!

Join my mailing list today and get Three (3) free gifts. Get Harsh Prey absolutely free. Not a preview, not the first four chapters, but the whole book! Second, get my Shalan prequel novella, "Harry and the Redheaded Angel," also in its entirety. And, finally, you get a discount code for $1 off the paperback version of my newest book, Dawn of Grace, when you purchase from Createspace.